Church and bridge in Borzesti built by Stefan cel Mare 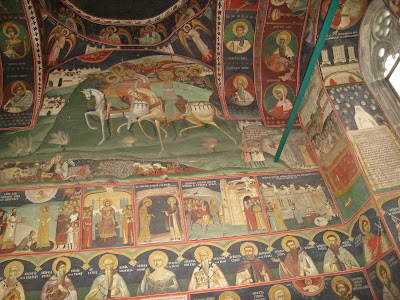 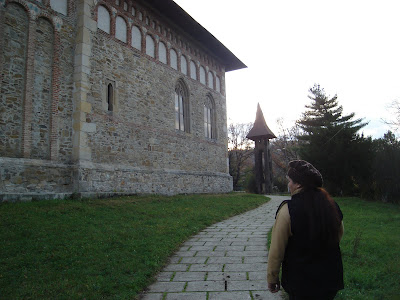 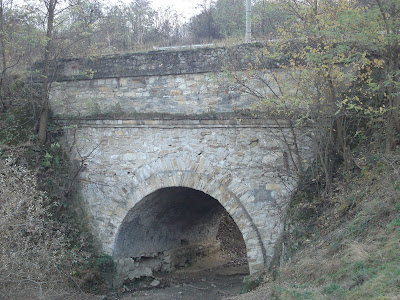 The church was built by Prince Stefan cel Mare (1457-1504).
It is in the village Borzesti Adjud locality situated between the towns and honest.
Legend says that when Prince was young he played in these places with other copii.Din play a child is related to a Tatar army navaleste stejar.In then tied to a tree and children fug.Ramas Tartars make a target child springs them.
Prince over 30 years we catch the son who Condos tatara.Impreuna with other Tartars army tried and killed in the spot where 30 years ago killed a child.
The tree which was about the child is cut and Stephen the Great built a church that is completed in 1494.
The church is built of river stone and resembles other churches from St. Stephen Moldavian. For binder seems to have used either eggs or animal blood.
The church has more than 1.5 m thick walls and windows are built so that soldiers can shoot springs from the inside but hard to hit the attackers from the outside.
Some of the paintings of that time there today.
At the entrance is the Museum of Culture and Art "
At a distance of up to 2 km is a bridge built in the reign of Stephen the Great bridge, which is today used lighter equipment.

is a tourist attraction worth visiting.

The beauty of Romania in pictures